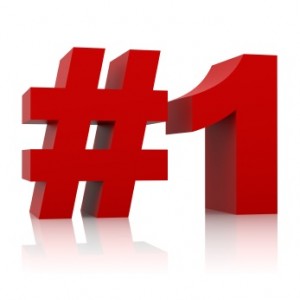 Ask a veteran prepper what happens after a solar flare and you will get an in-depth explanation. Want to know how to prepare for and survive an EMP blast? Most preppers can answer that question for you. The same is true for terrorist attracts, the New Madrid earthquake, World War III, civil unrest and financial collapse. Unfortunately however, one of the most common “real-world” scenarios that you may have to survive one day is flying dangerously under the radar in the survivalist and prepper communities.

A lot of people scoff when an active shooter is mentioned as the most serious threat to your day-to-day survival. But let’s be real here for a minute. Zombie apocalypses and tidal waves are just not things you have to be worried about most of the time. Does it make sense to prepare for these potential disasters? Of course!

That is what we do as preppers and survivalists.

But doesn’t it make the most sense to also be ready for something you see happening in communities and private or public work places around the world seemingly every day?

Your computer monitor, smartphone, television and radio consistently deliver devastating news about an active shooter event. These things happen in “normal” communities like yours. These individuals don’t care who they kill, they usually employ automatic weapons, and attack groups of people in confined areas, such as workplaces and college campuses.

The Department of Homeland Security in the United States is far from the most efficient or capable government organization. But they have nailed the definition of an active shooter. Here it is …

“An Active Shooter is an individual actively engaged in killing or attempting to kill people in a confined and populated area; in most cases, active shooters use firearms(s) and there is no pattern or method to their selection of victims.”

These things happen in “normal” communities like yours. The 1999 Columbine High School massacre, the 2007 Virginia Tech shooting, the senseless 2014 shootings at Parliament Hill, Ottawa, and the 2015 San Bernardino attacks all happened in situations you find yourself on a daily basis.

What Are Your Chances of Having to Survive an Active Shooter?

How prevalent is this random “real-world” survival scenario? Democratic National Committee Chairwoman Debbie Wasserman Schultz is not everyone’s favorite political flavor. (She certainly isn’t ours). However, she recently pointed out that …

And that’s just in the United States. She mentions this statistic as evidence that gun control is needed in the US. I refer to that chilling active shooter data as an excellent reason for you and your family to be proficient with firearms. Many feel her definition of mass shooting is too broad, but statistics from various other sources put the numbers at over 300 as well, so she is in the ball park. This proves not only that gun free zones are NOT safe, but that gun control would ensure that we are helpless in a mass shooter situation.

You need to have a disaster preparedness mindset at your workplace, in your home, at your child’s school and at large public gatherings. Make sure your cell phones are fully charged at all times. Have a communications plan in place if an active shooter is announced in your local or nearby area. Provide everyone in your family with a list of emergency contacts, personal and government. Talk with your boss, your children’s teachers and local authorities about their active shooter response plans.

Should the worst case scenario take place and a group of organized or militarized shooters is loose in your area, you may find yourself confined to your home or other location for an extended period of time, which will certainly put your emergency survival supplies to use, including emergency food and gear. If you have a concealed carry permit, make use of it as often as you can so you are not left defenseless should your encounter a nutjob or extremist who is intent on killing you and others.

Prepare for this very real possibility just as you would any other disaster survival potentiality.

Could an asteroid or comet land in your backyard tomorrow? Possibly. Will the Yellowstone Supervolcano, a flash flood or earthquake, terrorist dirty bomb or biological agent impact your life someday? Maybe. It is smart to be prepared for any survival situation. That is what preppers do. But if you are leaving an active shooter scenario off your list of prepping plans, you are ignoring a very real, very common and potentially deadly survival situation off your disaster prepping checklist.