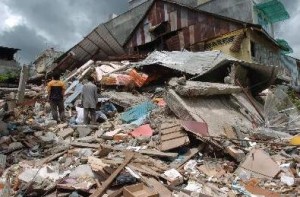 Preparing for disaster is something that you subconsciously do. All humans have an inherent survival instinct. That means that you are hardwired with a will to survive, and you might be surprised at what you can really do when your life is on the line. Unfortunately, there are several dangerous and even deadly man-made and natural trends which are on the drastic rise in the early 21st century. Prepare for the following 5 situations, and the potential dangers they could deliver, because they appear to be increasing in regularity and severity.

Civil and Racial Unrest and Violence Across the Globe

The Trayvon Martin case proved to be a racial powder keg, causing riotous reactions even outside of the United States. Then white Ferguson, Missouri police officer Darren Wilson shot and killed black teen Michael Brown during a confrontation. The result was riots throughout that city which were so widespread police could only stand by and watch. Local events in small towns can have massive impact on a national, and even global scale.

The effect of the terrorist attacks on the World Trade Center towers in 2001 were felt worldwide. The Boston Marathon bombing in April of 2013 proved to be the work of 2 Al Qaeda followers. ISIS (also sometimes referring to themselves as ISIL) regularly posts videos online that show vicious beheadings of Americans and UK citizens. Islamic terrorist groups, and all too often individuals, are spreading their reach and impact around the world at an alarming rate.

If you seem to remember earthquake reports in 2014 as rather normal and frequent, you are correct. That year there were more than twice as many earthquakes measuring 7.0 or higher on the Richter scale as normal. Locations like Oklahoma and Ohio in the United States, never thought to be earthquake prone, were hit. Water shortages are becoming more and more common in Asia, Africa, the UK, the United States and elsewhere. Drought is a serious problem in many US states. Hurricanes, flash floods, tsunamis and typhoons are all appearing at a much higher rate than in recent memory.

Hardly a week goes by that doesn’t see some large retail company somewhere in the world announcing a customer database breach. North Korea blatantly hacked Sony’s main website (Sony is owned and operated in Tokyo, Japan). They released massive amounts of sensitive data. If a country with hostile intentions can take down one of the largest entertainment networks in the world, are your local and federal government databases full of sensitive information any safer? Preppers concerned about an EMP should understand that a cyber attack on your power grid or personal financial information could be devastating as well.

Increased Lower Income Levels and Standard of Living Across the Globe

Much has been made in recent years of the widening class divide in America. But the same thing is happening around the world. Where many countries once counted a lower, middle and upper class, the middle class is disappearing. Fewer people are controlling more of the world’s wealth and resources. Unemployment levels are high around the world, and in the United States Pew Research reports the widest wealth gap between the haves and have-nots in more than 30 years.

This is just a handful of examples of disastrous trends which have been spotted in the early 21st century. Regardless the reason, preparing for the worst and hoping for the best always makes sense.