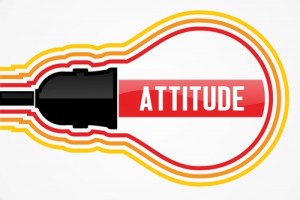 Your attitude, your mindset, is everything in life. You may have all the skills in the world in some area of expertise, but if your head is not in the right place, your lifetime of specialized knowledge can be rendered worthless. As someone preparing for any disaster scenario, either short or long-term, you understand that human beings need to establish or access shelter, water, fire and food, in that order, in an emergency situation.

Those are the 4 essential survival skills that everyone agrees upon. This is because the leading cause of death in documented survival situations is exposure or hypothermia. You absolutely must build a shelter or find one quickly. The next thing you need to do is establish a short-term and long-term drinkable water supply. Humans can only survive about 3 days without an emergency water supply.

Even though your stomach may be growling, you need to focus on making fire next. This human survival essential can provide heat, lighting, works as a cooking tool, can be used as a weapon and also provides a level of subconscious comfort. Finally, you will obviously need a replaceable emergency food supply.

Without the Proper Attitude, You Are Toast When Disaster Strikes

None of those agreeably important survival essentials matter if you can’t think clearly and keep calm. Your mindset will dictate your outcome when an electromagnetic pulse destroys the technological, communications and electrical grids where you live. Your attitude is extremely important when riots break out on the street where you live as a result of civil unrest, economic collapse, a dwindling food supply or political upheaval.

Don’t believe me? In 1938, HG Wells broadcast the “War of the Worlds” radio show. In the beginning and after the event, as well as throughout the realistic sounding outer space alien-invasion broadcast, an announcement was made that revealed the War of the Worlds was merely a dramatic creation, and in no way true.

However, hundreds of listeners believed the broadcast to be true. A Martian invasion supposedly occurred in Grover’s Mill, New Jersey, a real town. Several citizens of the actual Grover’s Mill left town immediately with nothing more than the clothes on their back. Thousands of New York citizens called their local police and fire departments, tying up emergency response lines. The New York City Department of Health actually called the radio station broadcasting the War of the Worlds to verify that what they were indeed hearing was nothing more than a dramatic, fictional creation.  George Orson Welles issued a public apology for the broadcast:

All across the United States, local churches were flooded. A Pittsburgh man dashed home upon hearing the broadcast, only to find his wife about to take poison and commit suicide. She told her husband, “I would rather die this way even like that,” referring to being zapped with an alien death ray, which was what was being portrayed on the radio show.

A Boston citizen called the Boston Globe, proclaiming that she could “see the fire” the broadcast had just announced. At least 5 Brevard College (North Carolina) students fainted while listening to the show. Hundreds of listeners across the United States abandoned their jobs, suffered physical injuries and emotional distress, all because of a simple radio broadcast that actually told its listeners it was a fictional account!

This is what will happen to you if you do not have the right attitude and mindset when disaster strikes. All the planning in the world is futile if you allow yourself to “lose it” when your family depends on you the most. If some natural or man-made disaster befalls you, certainly seek shelter immediately. Establish a water supply and a fire source. Find food. But before you do any of those things, take a deep breath, then remind yourself that you have been planning and preparing for this day, and you will not only survive any disaster, you will thrive in it.