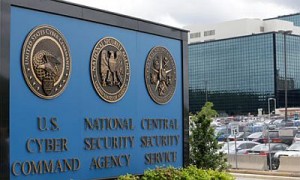 USA Freedom Act 338-88 is anything but that. If you live in the US and own a cell phone (more than 200 million adults do), you need to be scared. If you are one of the millions of households with a land-line telephone (a recommended emergency preparedness tool, by the way), the United States government now has a legal one-way listening device installed in your home.

If you place a phone call anytime, to anyone, anywhere, from your phone, an employer’s or a friend’s, be prepared to be arrested and detained at any hour day or night, and held indefinitely with no explanation or legal recourse.

Under the Patriot Act, the Obama administration had secretly empowered the National Security Agency (NSA) to eavesdrop on Americans. They were allowed to do so at will, with no accountability. The 2nd US Circuit Court of Appeals ruled in 2014 that this was unconstitutional. So for a short while, your ability to talk with your friends, family and business associates freely, without fear that you may accidentally utter a word or phrase that you didn’t know was on some “hot list” somewhere, was preserved.

When the House passed the deceptively named USA Freedom Act in May of 2015, it sought to give the NSA unprecedented powers of surveillance. You know how you go to Google and type in a search term or phrase?

The NSA will now be legally allowed to search for any word, phrase or term among any and all business or personal, private telephone conversation made in the United States.

At any time, they can legally force your telephone service provider, whether you own a land-line or a cell phone, to turn over all records related to what the government is calling a “specific selection term”. Unfortunately, once this term is found in your phone records, any and all related conversations are then turned over to the NSA for scrutiny.

If the powers that be feel you are a threat to national security, any and all communications, including e-mail, snail mail and phone records, can be accessed without having to alert you to that fact. This gives the NSA more power than they abused when the Obama administration apologized for illegally sneaking around behind US citizens’ backs to monitor them.

Unfortunately, with the passage of this bill into law (if the House passes it as well, and that appears likely), now the NSA can randomly monitor any and every phone conversation, including previous records, with the legalized blessing of the White House. If you are unconcerned because you are a US patriot, and would never say something over the phone that would be deemed necessary to investigate, think again.

Perhaps you are chatting away nonchalantly with a friend, when you say, “This terrorism has to be stopped. Groups like ISIS need to be destroyed. The whole problem comes from fanatics of the Islamic religion and the Middle East, beginning with Iran and Iraq.” In the olden days, when there was a U.S. Constitution, you would be allowed to make that statement without sacrificing any liberties.

However, those 3 short sentences could now label you as a potential Islamic or Middle East hate crime supporter, you could be arrested within minutes of making that statement, held indefinitely, with no explanation given as to why.

The bill now moves from the house to the U.S. Senate, where it appears it is going to pass through with very little opposition. Just one more reason to begin creating a self-sufficient, long-term survival plan for you and your family that precludes government intervention and supposed “aid”. You can learn more about securing your emergency food supply from our guide to the best emergency food companies.