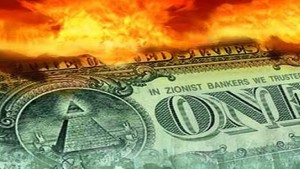 A local or global economic collapse is one of the most mentioned concerns of those preparing for long-term survival of a disaster situation. The imposition of martial law, a chaotic social atmosphere, the collapse of governments, widespread rioting and anarchy – those are just a few of the lovely side effects you can look forward to when your economy collapses. And in the 21st century, that is a very real, increasingly probable situation.

In 2015 there were hushed accounts of the United States government planning to declare martial law. Was this because politicians understood the very tenuous state the US economy was in? With an increasingly left-wing government, US citizens have to daily contend with the possibility of having their weapons taken from them. In the event of the almost guaranteed rioting that will accompany an economic collapse, being weaponless in the face of an armed criminal intent on taking your possessions and doing your family harm can render you helpless.

Oh yeah? The United States is arguably the most powerful and advanced country in the world. However, in 2013, 2014 and 2015, the U.S. Congress admitted that the country’s budget was upside down. Each of those years, Congress wrote the government a blank check to keep operating and paying its citizens which rely on government paychecks. If the most powerful country in the world is basically bankrupt, how long before an economic upheaval creates a Wild West atmosphere of survival of the fittest where you live?

Without argument, you need to be ready in case of a long-term economic problem that affects you and your family. Once money is rendered weak, there will be a run on the banking system. In case you don’t know, in the United States and most major countries, banks are only required to have on hand as little as 10% or 20% of the money depositors actually give them. What does this mean in real numbers?

Just as an example, if your local bank received deposits of $10 million from a thousand people, they may only have $1 million dollars of cash in their vaults. So when people start showing up at the bank to take out their money, a first-come, first-served rule is put into effect. If you get to that bank after that money is gone, you are out of luck, even though the bank will agree that it does owe you whatever money you currently have in your accounts. You and hundreds of others are now flat broke.

How do you think that will make people feel? Now they have no money to buy food for their children. In a few days they will not be able to purchase any gas for their vehicles, and eventually their power will be shut off because of nonpayment. It will not take long before your smiling and personable next door neighbor transforms into a primitive being, doing anything and everything it takes to provide food, water and shelter for his family.

How to Prepare for an Economic Collapse

If you have properly researched riding out a long-term survival situation, you know what you need to do to survive any economic collapse. You need long-term food and water supplies, at your current living quarters and also in an emergency shelter location. You need to make provisions for fire creation and you and your family’s physical protection.

In case the economy eventually recovers, as it did after the Great Depression in the United States, you should have a precious metals and cash supply tucked away for a rainy day as emergency currency. Your spouse, your children and yourself need to know how to scavenge, build a shelter, create fire, find water and food, communicate quickly, and survive any disaster situation individually. Learn those skills now.

These are the same steps you take to prepare for any type of catastrophic eventuality. Because the human body does not care what environment it finds itself in, or what caused your current situation. All it knows is that it naturally needs water, food and shelter to survive. Fire is the 4th essential component for survival. Plan and prepare for those 4 survival requirements, teach your family self and home defense, tuck away at least one year’s supply of money for living expenses, and the impending economic collapse which is right around the corner may be nothing more than an uncomfortable speed-bump to you and your family.