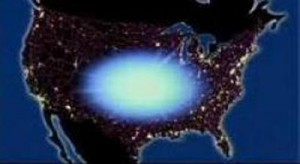 The Iranian military has formalized plans for attacking America’s electrical and technology grid systems with a massive nuclear electromagnetic pulse (EMP) attack. This is not just theory. American officials have obtained an Iranian military handbook which outlines Iran’s intentions of delivering a massive blow to the American way of life.

Peter Vincent Pry is executive director of a special congressional advisory group which reports to USA’s Homeland Security. He warns that the P5+1 countries, which include the United States, China, Great Britain, France, Russia and Germany, need to further restrict Iran’s nuclear program. He stated that there is no doubt “Iranian military documents describe such a scenario, including a recently translated Iranian military textbook which endorses nuclear EMP attack against the United States.”

When a Nuclear EMP Strikes the United States, What Happens?

If a high-altitude detonation of a nuclear device occurs above the United States, here’s what is going to happen. Gamma rays from that nuclear reaction release photons that create energy-free electrons. If detonated at a low enough altitude, those electrons become trapped in the magnetic field affecting the US. The electric current caused is an asymmetric oscillating current, which gives birth to an EMP.

Massive amounts of broadband energy are released by that attack. Basically, any electrical device plugged in which is within the range of that EMP will be rendered useless. Even if a device is not plugged into the electrical grid, it will be damaged in direct relationship to how close it is to the pulse, and how strong the pulse radiates.

All electrical systems can suffer, including those in vehicles, financial marketplaces, the ATM you rely on to dispense your money, and the electricity provider that keeps your lights and refrigerator on, and your heating and air unit working. Nearby power lines will burn out, and all electrical equipment within the effective range of the EMP will likely stop operating immediately. Your smartphone is all of a sudden not so smart. Electronically powered communications devices are worthless. Enter the next Stone Age.

Planes will helplessly drop from the sky across North America. Medical devices keeping patients alive will stop working. Nuclear power plants will shut down, rendering their radioactive substances volatile. Riots unlike any that have ever been seen before will instantly break out across the United States.

Additionally, if the attack is powerful enough, the entire electronic grid could be damaged beyond repair.

With 71 Isis sleeper cells already documented in 15 US states simply awaiting their next terrorist orders, real threats to your way of life and very existence are already in your midst if you are an American citizen. Add what we now know is just one of Iran’s military goals, devastating the US with a powerful nuclear electromagnetic pulse delivered from above, and those wise individuals preparing for long-term disaster and survival situations don’t look like silly fanatics anymore as they comfortably live off of their emergency food supplies and water rations.