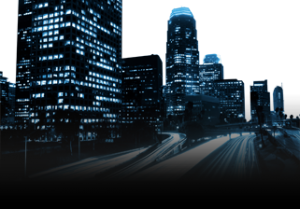 A tie between Miami and Tampa Florida.

Just over 70% of the households in those 2 Florida Metropolitan areas have emergency supplies readily available in the case of an evacuation, catastrophe or disaster. At the other end of the spectrum are Chicago, Illinois; Minneapolis, Minnesota and Austin, Texas. Those 3 Metro areas unfortunately qualify for the lowest rate of homes with an emergency preparedness kit and plan in place.

Kudos to Miami and Tampa families. When you think of the emergency survival and disaster preparedness communities, you don’t immediately think of the beautiful sunshine state of Florida. But evidently, probably because of the deadly annual hurricane season which flirts with both of those cities, homeowners in those 2 oceanfront communities are preparing for the worst. The level of preparedness varies somewhat, with some participants securing food and water kits from the best emergency food companies.

That information comes from statistics released by the U.S. Census Bureau and the United States Department of Housing and Urban Development. The disaster preparedness questions were added to the 2013 American Housing Survey. The goal was to try and understand just how prepared the typical household in America is in case a terrorist attack, fire or large-scale national or man-made disaster strikes.

Kurt G. Usowski is the Deputy Assistant Secretary for Economic Affairs at HUD in the United States. He said that in light of horrific natural disasters like hurricanes Katrina and Sandy, government officials wanted to accomplish 2 major goals with the newly added questions:

1 – Get the emergency preparedness conversation started in every household in the United States.

2 – Use the information provided by the answers to these questions for better government planning and disaster response in the future.

Disaster preparedness questions included planning for emergency survival for pets. The survey disclosed that while nearly half of all US households have a pet, only 54.3% of those pet owners have prepared an emergency water supply for their family and their beloved pet. Another revealing statistic showed that just 18.3% of single family homes (1 in 6) own an emergency generator. (This statistic does not include mobile or manufactured homes.)

Do You Trust Your Neighbor?

Sometimes survival comes down to trust. On that basis, one of the questions in the  American Housing Survey regards how you feel about your neighbor’s trustworthiness. Across the board, 78.7% of US households believe that their neighbors can be trusted. Not surprisingly, New York City turned in one of the lowest “I trust my neighbor” levels.

Are you prepared for an emergency? Does your family have a survival kit and plan in place? Can you trust your neighbor? Have you put away a survival food and water supply for your family, including your pet? These are basic level emergency preparedness questions you need to answer to give your family the best chance at surviving a man-made or natural disaster or catastrophe. Prepare today, survive tomorrow.