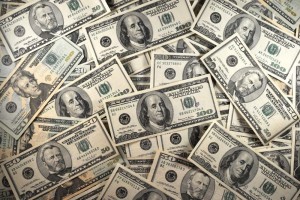 What’s going to be the new “money” when your economy crumbles? Why not ask Greece? Because of socialist entitlement beliefs and left-wing political practices (a discussion for another day), their entire economy went belly up. For over 2 years now the United States government has been operating with fake money. The Euro is so weak that it is almost equal to the pathetic US Dollar in value.

What does all this mean?

It means that unless you have been living in a state of denial, you have seen the economic handwriting on the proverbial wall – your economy, wherever you live right now, is in a daily state of possibly failing at any given moment. So let’s flash forward to next week, next month or next year, and see exactly what would replace traditional money when The End of the World As We Know It becomes a reality.

The “Real” Definition of Money

Money is simply defined by economists as “a commodity used as a medium of exchange.” That’s good news, because that traditional definition does not say anything about the Euro, the US Dollar, cash money, coin money or any of the usual monetary vehicles we associate with money.

There are still pockets of primitive civilizations around the world that live successfully on barter. I give you a goat, you give me 10 potato plants and half of that water buffalo meat you scored yesterday when you went out hunting. Everybody is happy, and no “money” exchanged hands.

That is no doubt what will eventually happen when political unrest or natural disasters create an “end of the world” scenario. Traditional currency the world over will be still retain some type of sentimental and physical value, though the longer that any type of disaster carries on, this value will diminish.

Silver, gold and other precious metals will slowly begin to increase “as a medium of exchange” during the same period of time that non-precious metal coins and paper money become valueless. But don’t forget, you as a prepper or survivalist are one of the few people on the planet that is intelligently storing water, food, shelter and fire provisions. The vast majority of human beings are not.

So when struggling survivors come to you with a piece of gold in exchange for a roll of toilet paper, a bag of rice, a tent and a couple of gallons of water, what do you think you are going to do? You politely show them your firearms and tell them to leave your compound.

Unfortunately, this means that eventually, precious metals will be replaced by sheer force as a monetary commodity.

Yep, faced with starvation and the end of their physical existence, human beings will begin murdering, stealing and taking. This will become a viable “medium of exchange” for many individuals. It is during this period of upheaval that water and food become valuable money-like commodities and over preparing with emergency food and water can become life saving in more ways than one.

And if you don’t have the ability to defend your provisions properly, violent individuals will take your emergency food and water supplies, trampling over the dead bodies of you and your family as they do so.

So, What’s the Answer?

The answer is simple. Continue doing exactly what you are already doing (or at least we hope you are doing). Improve your food and water supply. Plan for a discreet bug out location or emergency shelter. Teach yourself and your family self-defense techniques, and begin assembling a self-defense arsenal of weaponry. Include cash and precious metals in your traditional monetary savings plan, not in your bank but in your living quarters..

Continue to align yourself with like-minded individuals. There is strength in numbers. Prepare yourself by stocking up on any and every type of disaster gear, food source, water supply, fuel, weaponry and survival essential that may end up having some value as “a commodity used as a medium of exchange”. Then no matter what monetary vehicle is accepted throughout the different phases of TEOTWAWKI, you and your family will survive and thrive.