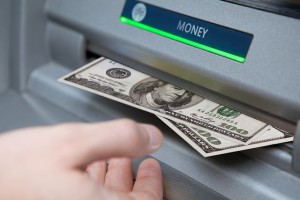 The banks are coming after your cash, and the government is helping them do it. J.P. Morgan Chase is one of the largest banking conglomerates on planet Earth. In early 2015, they began advising their customers they would no longer allow them to store cash in their safety deposit box. That is right, the safety deposit box that you paid for is not safe anymore … you can’t even keep what you want in it.

Of course, the bank says that they only have your best interests at heart. As you probably know, that is anything but the truth. J.P. Morgan Chase pointed out that if there was an economic collapse and a possible run on banks, you may not be able to get into your fine financial instuition to access your cash. But when you look deeper, you see the real reason for this move.

Banks are happy when you keep cash money, folding paper, dead presidents in your checking and savings account. That’s because they can access this money. They pay you a miniscule return on your investment, while earning 5%, 10% and even 20% loaning out your cash money that is in your account.

When you keep your cash money in a safe deposit box, banks have no access to it. They cannot lend it out to others at exorbitantly high interest rates and make “Mo Money off Yo Money.” This does not make them happy. So instead of storing cash reserves in your safety deposit box, slowly begin to compile at least 90 days of living expense cash at your home or disaster shelter.

Your goal should be to build up at least one year of cash in small denominations in case of an emergency situation. Just be forewarned, you need to take cash out in small amounts. Banks in the United States and around the world are forced to report sizable withdrawals of cash.

Bank Tellers Can Report Your Cash Withdrawals, with “No Proof” of Criminal Activity Required

In 2015, the unjust Justice Department in the United States even placed an order on individual bank tellers to report your cash withdrawal if that teller in any way, shape or form believes you may be using it for illegal or illicit activities. Absolutely zero proof is required by that particular teller that you are up to no good.

So the next time you walk into your friendly bank to withdraw cash, choose your teller carefully. Just because Sally the bank teller’s boyfriend broke up with her, you may find yourself on a government watch list. And this does not just apply to single withdrawals.

Let’s say you make a living buying, repairing and selling vehicles. If over the course of 3 or 4 days you make 5 withdrawals that total over $5,000, you are considered a highly suspect individual. Nevermind that $5,000 is absolutely no money.

The handbook for the Federal Financial Institution Examination Council says that “Transactions conducted or attempted by, at, or through the bank (or an affiliate) and aggregating $5,000 or more” immediately raise a red flag.

Notice they did not say how many transactions. This leaves the door open for absolute control over your money by your government.

What is the answer?

Opt out of any automatic deposit checking plan you may have with your employer. Cash your check at a credit union, and leave a very small amount of money in your checking and savings accounts. According to the Obama Administration, and they are far from the only transgressor in this regard, “concrete facts are no longer necessary” to accuse you of illegal financial activities.

The bank and the government are coming after your cash, that you worked so hard for. Contrary to popular belief, cash money is going to be in high demand the first few months immediately following a long-term disaster. Don’t give someone else control over your family’s well-being. Start saving up as much cash as you can without attracting any attention, because the way the world’s economies are currently operated, we could see an economic meltdown sooner than later.  Keep in mind that this will not solve all your problems should a disaster occur, you still need to consider securing an emergency food supply and water supply, as well as other survival supplies and an emergency shelter option.