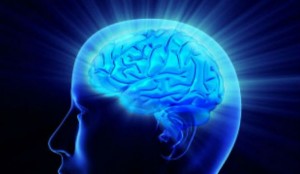 Would you happily trade your humanity for 150 years of Android life? We are already replacing human body parts, muscles, joints and even organs with artificial ones that work better and last longer. Would you quickly give up being 100% human so you could extend your existence, even if you were regarded as an Android by natural human beings? Those are very real questions you may have to answer in the near future … a future that is closer than you think.

Google Is Working Diligently to Make You Immortal

In secret labs where no cameras are allowed, Big G has biomechanical engineers, geneticists and roboticists working feverishly to extend the average human lifespan. This is not an attempt through proper nutrition and physical fitness, but rather a morphing of technology, metal, plastic and the human body to remove those things that make you genuinely human and replace them with Android limbs, skin, computer chips and nanotechnology. They have openly expressed the intent to directly modify human DNA to keep you alive longer.

Alzheimer’s could be a thing of the past. Schizophrenia, multiple personality disorders, lack of intelligence and all mental problems could be cured by implanting computer chips and microscopic robots in your brain and body. Google, one of the most powerful, influential and wealthy businesses on the planet, has declined to provide any specific details on what exactly is going on in the hush-hush labs of the California Life Company (Calico), which was created to push the boundaries of human existence and mortality.

When a $350 billion company goes on a shopping spree, it pays to take notice. The last few years, Google has quietly been taking over firms like Boston Dynamics. That company produces lifelike military robots that are scarily close to humans in appearance. Nest Labs was acquired for $3.2 billion for its “smart computer” technologies. British artificial intelligence firm DeepMind was purchased by Google. Soon after startup, for the paltry sum of $375 million.

Bot & Dolly, Redwood Robotics, Schaft, Meka Robotics, Holomni and another AI startup, DNNresearch, have all become Google acquisitions, all focusing on robotics and machines which can think, move and act like humans. The genius British computer scientist Geoff Hinton is regarded by many as the single human being that knows more than any other about neural networks. Hinton stated after joining the Google AI and robotics conglomerate that if 100% human-like artificial intelligence is possible, “this will be the team” to create it.

Chinese Doctor Frankensteins do not operate under the same code of morality as most of the other countries in the world. They recently (2015) changed the genetic makeup of a human embryo before birth, thereby changing the entire course of that unborn child’s life. This is genetic experimenting right out of the playbook of Doctor Josef Mengele, the monster appointed by Hitler whose nickname, the Angel of Death, was well earned. His unscientific and horrific experiments on living human beings during World War II were all made, in his own words, “for the advancement of science.”

Researchers in China and elsewhere point to genetic manipulation and gene modification as wonderful ways to wipe out disease and “imperfect human qualities”. Their goal? The same as Google’s, to have perfect human beings with no faults living virtually forever, even if they are partly robots.

Thomas Horn and Cris Putnam released a book in June of 2015, entitled “On the Path of the Immortals”. Their research leads them to believe that technology companies like Google, Apple, Samsung and others are working together to produce what the authors call Beast Tech. Wearable technology like the Apple Watch and Google Glass are just the beginning of globally acceptable biotechnological products that Horn believes will lead to the inevitable extinction of the human race as you and I know it today.

He, and many other educated researchers, historians and authors, believe that what humans see as “cool” and super-convenient devices will be used to monitor your thoughts, influence your behaviors, and even operate devices within a certain range of your body. There is already currently available a tattoo which can be applied to the skin behind your ear that functions as an electroencephalographic or EEG.

Doctors are praising this device because it allows them to wirelessly identify and monitor your moods. They blabbe endlessly on and on that this can be used to positively help individuals with mental disorders and anxiety attacks. However, they admit that this nanotechnologically-enhanced tattoo actually “listens to your brain” with the ability to control home devices in your environment, while your thoughts, attitudes and inclinations are recorded.

Your Children Are Already Manipulated Daily by Computers and Technology

As recently as the 1980s, the idea of average human beings able to carry on global conversations while immediately and simultaneously accessing the knowledge of all the world’s connected computers was laughable. Just a few years later, in 1989, the first flip phone debuted. The first text message was sent in 1992. There are now more mobile devices capable of accessing the Internet and communicating with others around the world in a number of ways than there are human beings on the planet.

You watch your children walk through the day like zombies, electronically tethered to their friends and their favorite mind-sucking applications and games which accompany them every minute throughout the day. Is this not technology changing human behavior? Before you believe that widespread implementation and insertion of microchips, thought-tracking devices and robo technologies simply cannot happen to the human race, take a look at the lazy, mindless, technology-loving behavior of yourselves, your family and friends.

When Do Humans Stop Becoming Humans

You have probably been wondering how this short report on robo technology and possible human immortality applies to the disaster preparedness and survival communities. Good question. When technology that tests the boundaries of human creation and what it means to be a human being becomes widely acceptable, your choice as to whether or not you will adopt its implementation in your own life may be removed.

Your government may force it down your throat “in your best interests”.

The government already decides what is best for you, even in the face of public outcries that they are overstepping their bounds. This has prompted many Americans to begin survival prepping, securing emergency food supplies and shelter and devise a comprehensive bug out plan. This is true in the United States, the UK, Asia and all over the world. The end of the world as we know it may not come about from a natural disaster, economic crash or terroristic threat. It may already be here, slowly taking us down the slippery slope of genetic modification, manipulation, and robotic replacement of human parts where we will finally have to draw a line in the sand as human beings and say, “I would rather die as a human being than live forever as a machine with no control over my own thoughts or behaviors.”