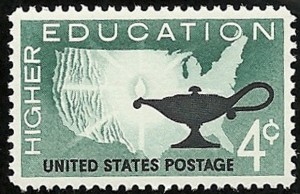 Obama’s Secretary of Education and longtime lefty liberal Arne Duncan believes the government can raise your children better than you can. Speaking to attendees of the National Summit on Youth Violence Prevention Duncan raised the idea of public boarding schools that could easily brainwash your child 24 hours a day, 7 days a week and 365 days a year. What better way for politicians to advance their ideologies?

Change sometimes comes quickly. But it is most powerful when it is slowly implemented. Mentioning the idea now and agreeing that it is controversial gets the conversation started. At first, the US government, and others around the world, will probably paint themselves as heroes. They will do this by “adopting” at-risk children with jailed or drug addicted absentee parents.

Sounds like a great idea, right? At first it will look that way. The government will work very hard to show how these futureless children were saved and transformed into successful, intelligent little members of society. The government-owned press and media will shower the program with praise, and change will begin.

“Before long, entitlement believers will be shipping off their little Sallies and Johnnies at the tender age of 6 years old, only to interact with them a few times a year on the phone and on visitor’s day, when the government boarding schools will trot out their brainwashed charges for picture time with the folks.”

And make no mistake about it, your middle-class children are the ones the government covets the most. Because if they can continue to wipe out the middle class, the continuedsubjugation of a poor, unintelligent, entitled lower-class happy with government checks, medical coverage, bread and cheese will be pathetically easy.

Middle class Americans are dwindling rapidly in number. They have to work 2 jobs just to scrape by on a weekly basis, they cannot afford to purchase their own home, and this often means children have to raise themselves a great deal of the time. Is it really too hard to picture the government mandating which children can and can not be allowed to live without at least one parent constantly available to monitor and raise them?

If Duncan has his way, government authority figures, appointed by some liberal minded group of supposed do-gooders, would begin to fill government run boarding schools at an alarming rate. With millions of Americans below the poverty line and more joining that group migrating from the middle class, the pool of fresh, young, impressionable minds “recommended” for boarding school reeducation camps will grow in number every day.

President Obama’s hero, socialist-supreme and mass murderer Vladimir Lenin, had this to say about the power of molding young minds:

“Give me four years to teach the children and the seed I have sown will never be uprooted.”

He also believe that socialized medicine was the “keystone” to creating a socialist state. Obama and other politicians agree wholeheartedly, selling us the Obamacare bill of goods as just another way they are looking out for us. They will sell government-sponsored boarding schools in the same manner.

This proposed legalized kidnapping and reeducation of your children is not being formulated in their best interests. It is in the best interests of the Liberal government trying to mass produce cookie-cutter Socialists under the guise of knowing how better to educate your children than you do.