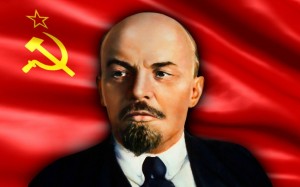 Remember Vladimir Lenin? He was that swell guy that systematically murdered millions in the name of communism and socialism, while proposing wide-scale reeducation (brainwashing) and the formation of a single state, rather than individuals capable of making their own choices. One of many revealing statements Lenin made has to do with your constituional right to bear arms:

That is exactly why one of the first moves he made when he became the supreme overlord of Russia on December 30, 1922 was to begin outlawing possession of firearms. Politicians understand the powerful stance they own when their overbearing police state holds all the weapons and you have none.

Obama Unsuccessfully Came after Your Guns, and Now He Is Coming after Your Ammo

United States Dictator Obama (an outspoken believer in and fanboy of Lenin’s socialist strategies) tried unsuccessfully to ban both sales and ownership of the popular AR-15 rifle. He was easily defeated, so he has begun to come after your ammunition.

The AR-15 fires the .223 M855 round of ammo. Obama asked the ATF to quietly and illegally classify that round as armor piercing. Even though the ATF had officially and truthfully classified .223 M855 rounds as non-armor piercing and in no way qualifying for a ban, they attempted on February 13, 2015 to do exactly that.

Again, Lenin protege Obama was unsuccessful. However, he is going to continue relentlessly coming after your guns and ammo for 2 very simple reasons:

Vladimir Ilyich Ulyanov, alias Lenin, believed that people like you and I are not capable of governing themselves. He believed a massive government should dole out money, food and water, as well as employment and “social duties”, and no individual choices or behaviors should be tolerated.

President Obama believes those same basic tenets of socialism. And if you are thinking that Obama only has another year or so left in office, you may want to revisit that idea. The proper pieces are being put in place for Obama to declare a stay on the 2 term limit on US presidents if his carefully orchestrated economic collapse continues to stay on schedule.

Even if Obama does have to abdicate his throne in 2016 and is replaced by an Independent or Republican, are we in any better shape? Politicians love framing gun toting, free and responsible Americans as militant lunatics with enough weaponry to successfully invade the White House. All the more reason to stock up on legally obtained guns, firearms and ammunition now, and teach all your family members responsible gun ownership.  Don’t stop there though – our motto is ‘hope for the best but expect the worst’.  If  S really does HTF, you’ll want a comprehensive survival plan, essential supplies such as emergency food, water and bug out location, among other supplies.  Guns won’t feed and cloth you, so take care to secure legal fireams and shooting skills, but don’t forget about the other essentials.